The Cascade settings include a checkbox labeled "hide cascade". This setting creates a cascade that's completely functional but not automatically used on any join forms. Place a hidden cascade on your join form template by hard-coding the cascade option in a radio button or a join form submit button.

In NATS's Billers Admin click the Edit icon of the cascade that you want to hide.

Manually Adding a Cascade to a Join Form

After a cascade is hidden, it no longer appears on any join forms. To include it on a join form, use one of the following options. 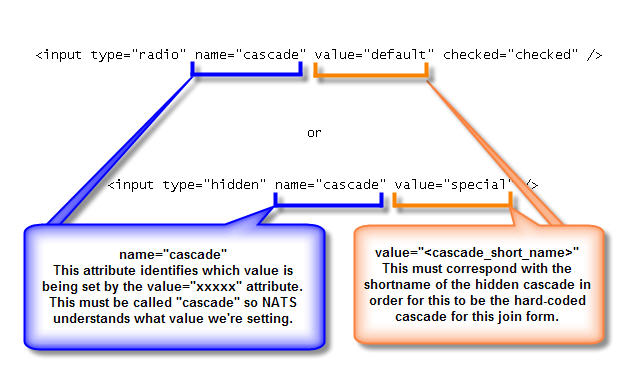 Figure 1.4 illustrates HTML code that puts the cascade short name in a HTML option. This contrasts with the standard template content found in Figure 1.5 - normally, NATS dynamically loops through each cascade that's available for the given site and creates an HTML radio button control for each one. If a cascade is hidden, it can never be displayed on a join form in this way; the only way to display a hidden cascade as an option is to hard-code it, as seen in figure 1.4. You may also place the cascade value in a hidden form field, such that the surfer will not be required to select a payment method.